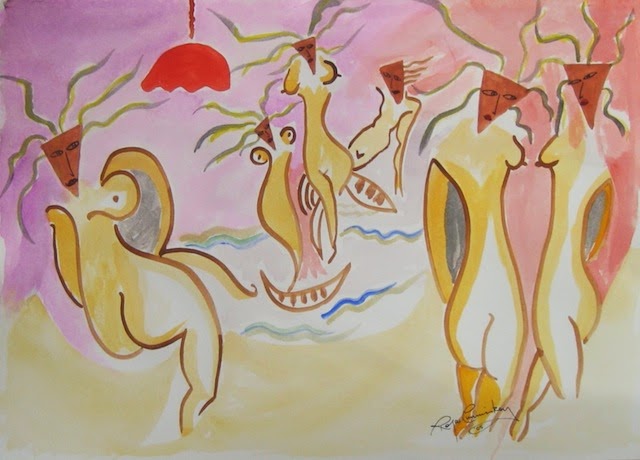 Les Demoiselles de Dublin - watercolour by Roger Cummiskey.Night town.Watercolour 35 x 50 cm. Original. Prints are available.This painting depicts the whores Bella, Florrie, Zoe and friends in the Bordello run by Bella Cohen in the red light district of Dublin in the early part of the 20th century. They were sometimes referred to as the coal quay whores. The brothel was visited by Stephen Dedalus and Leopold Bloom in Ulysses. In 1904 Montgomery Street in Dublin was the most notorious red light district in Europe. This original watercolor painting was painted in Spain and is influenced by Raphael Alberti, Spanish poet and painter. 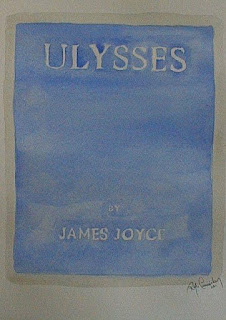