Showing posts from October, 2019
Show All

October 31, 2019
Last Orderrrrs!  Speaker John Bercow's career in numbers By Ed Lowther & Will Dahlgreen BBC Data Journalists Commons speaker contest 2019 John Bercow is standing down as Commons Speaker on Thursday after 10 years in the job. His idiosyncratic turn of phrase and distinctive bellow - as he tries to silence the wall of sound emanating from MPs - has made him something of a cult figure on social media. His catchphrase, in fact the traditional cry of Commons speakers through the centuries, is "Order!", often elongated and twisted into an extraordinary sound that is all his own. To mark his retirement, the BBC has analysed 100 years of Hansard - the official Parliamentary record - to discover just how different he was to any previous occupant of the chair. The first thing we discovered is that he has said "Order!" nearly 14,000 times. But that is just the beginning of the Bercow story in statistics. He's not called
Post a Comment
Read more 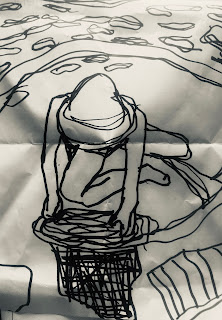