Showing posts from July, 2012
Show All

James Joyce by Roger Cummiskey. When we think of Ireland, we think of a country that has a rich cultural heritage. A place which seems to be bursting at the seams with poets, novelists and playwrights, who all seem to have been gifted with an incredible innate sense of storytelling and drama. If you were to check the list of Nobel Prize winners since it’s inception, you’d find that Ireland ranks eighth in terms of how many it has produced over the years. Just what is it that makes the Irish so good at writing and the creative process? The first Irish foray into literature Culturally speaking, Ireland lays claim to the fact that it has one of the oldest forms of vernacular literature in the world, with only Greek or Latin able to match it. The Irish peoples were literate from the very earliest centuries, utilising a simple writing system called “Ogham” which was a way of communicating via inscriptions on little stone tablets. One of the very first proper written Irish wor
5 comments
Read more 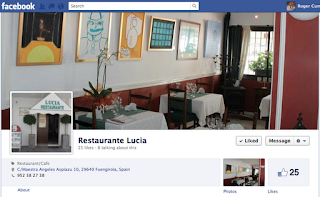 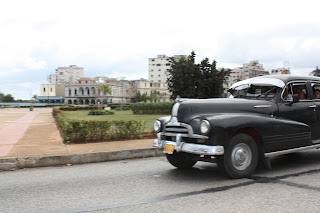 The streets of Havana in Cuba are famed for the fact that they feature hundreds of vintage vehicles, most of them plucked from American manufacturers during the 1950s. Seeing cars from subsequent decades is relatively rare, but many people now fear that this feature of Cuban culture could soon become a thing of the past.   Stifled Trade  The reason for the prevalence of classic cars in Cuba is down to the simple fact that, following the revolution in 1959, the state banned residents from selling on or trading any car that was purchased prior to this period. Cuba's decision completely destroyed the new car market and gave rise to an enduring necessity for people to ride around in classic cars, which motorists maintained regularly to ensure functionality.   As such, for over five decades the classic car remained a powerful symbol of Cuba, albeit one which outsiders sometimes viewed with derision. Fans of vintage vehicles, however, appreciated the benefits of preservin
1 comment
Read more

Good Morning America, How are Ya? Happy Independence Day.