The Bull who loves to smell flowers

The Bull who loves to smell flowers

Nash is from Wellington, New Zealand. He travelled to Toronto with his son Niko, who was invited to the Magic Camp this Summer. Niko is nine, a well behaved young man and an exceptional magician. He has loved Charlie Chaplin since he knew how to walk. While Niko was fully submerged in his weekly magic activities in the North-West side of the city, Nash was with us breakfasting every morning.

One sunny morning Nash walked down to the gallery with a big smile, wearing a T-shirt with a little bull printed on it. It was very eye-catching and I thought why love bulls. Then he told me the story of Ferdinand - the world's most peaceful and beloved little bull. Ferdinand never fights, he is content to just sit and smell the flowers under his favorite cork tree. Though grown to be strong and magnificently built, he is perfectly happy to be ignored by the bullfighters and escape the hoorays from the blood sport. Pure poetry! I was so arrested by the story and learned that the writer is Munro Leaf, the beautiful pen-and-ink drawings are from Robert Lawson.

The breakfast conversation did not end there. Nash pointed his fingers to two art brownies on the shelf - one was a portrait of Charlie Chaplin, the other was a bull. "Isn't that strange you have two artworks here that we can very well relate to?" The two art brownies have bright red base and black bold paintings of one Charlie, one bull. The artist also loves Charlie Chaplin, lives in Spain and his name is Roger Cummiskey.

AB and BB: The Bull who loves to smell flowers: Nash is from Wellington, New Zealand. He travelled to Toronto with his son Niko, who was invited to the Magic Camp this Summer. Niko is ... 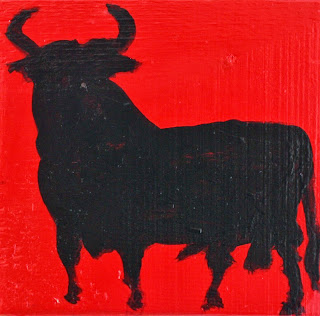 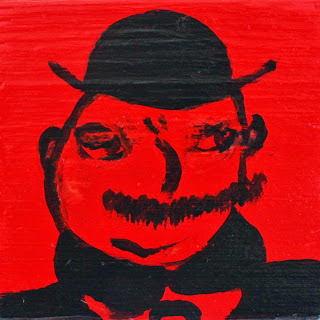 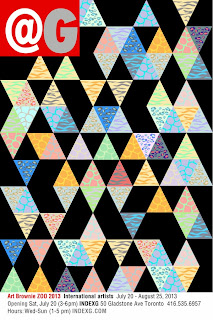