When we think of Ireland, we think of a country that has a rich cultural heritage. A place which seems to be bursting at the seams with poets, novelists and playwrights, who all seem to have been gifted with an incredible innate sense of storytelling and drama. If you were to check the list of Nobel Prize winners since it’s inception, you’d find that Ireland ranks eighth in terms of how many it has produced over the years. Just what is it that makes the Irish so good at writing and the creative process?
The first Irish foray into literature
Culturally speaking, Ireland lays claim to the fact that it has one of the oldest forms of vernacular literature in the world, with only Greek or Latin able to match it. The Irish peoples were literate from the very earliest centuries, utilising a simple writing system called “Ogham” which was a way of communicating via inscriptions on little stone tablets.
One of the very first proper written Irish works of literature is something called “Tain Bo Cuailnge” also known as “The Tain”, telling the story of a battle between the Queen Medb and her husband. They have decided to steal a stud bull and are met with opposition from and Ulster born youth called Cu Chulainn. The tale itself was composed in classical old Irish and later into a more recognisable form of Gaelic called Middle Irish, probably more readable for the peoples today who keep the language alive. Written around the sixth century it is widely regarded as one of the first major epics in literature and storytelling and is still to this day released in various translations for a modern audience. 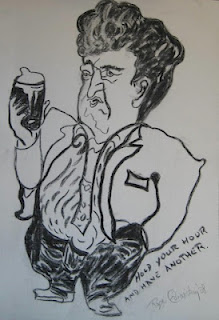 Irish Greats
Taking a look through the pages of academia and coming further forward through the centuries leads us to many other great and noble Irish writers;
George Bernard Shaw,
James Joyce,
Samuel Beckett,
Brendan Behan
and more recently Roddy Doyle, Colm Toibin and Seamus Heaney. All offer a unique and personal take on life in Ireland and in general through their works. To read a Roddy Doyle tome is to see Ireland as it is now, where to read anything by James Joyce offers you a snapshot of Ireland as it was when he was alive at the end of the nineteenth and into the twentieth century.
Joyce was born and raised in Dublin in his early life but emigrated to Europe in his twenties and living in places such as Trieste, Rome, Paris and Zurich. He experienced much of what these places had to offer and had a richly varied life experience, yet much of his writing stayed firmly within the confines of Dublin and many of his characters resemble those of his friends and family in real life. He chose not to write about the things he saw and experienced on the continent, and left his literary heart and soul in Ireland.
Following on directly is Samuel Beckett who claimed that Joyce was his most important influence. When the two met in the 1920s while Beckett was in Paris, Joyce befriended him as a Dubliner and Beckett helped Joyce whose eyesight had deteriorated by taking dictation for the novel that would later come to be called “Finnegan’s Wake”. 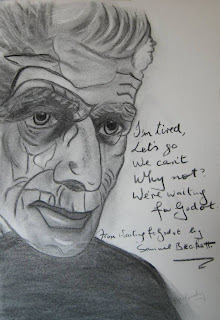 Samuel Beckett by Roger Cummiskey.
One of the most unique and original storytellers of more modern times, but little known to many was Peig Sayers (1873-1958). She was known as a Seanachai (corrupted in English as Shannachie). A Seanachai was someone who wrote and spoke of Irish folklore and traditions. Peig was born in County Kerry and spent her life as a domestic servant. She was largely illiterate in the Irish language itself although spoke and wrote in English. When it came to writing her stories proper, they were dictated to members of the Irish Folklore Commission. Her two most famous books were her autobiography “Peig” and a title called “Machnamh Seanmhna” (An Old Woman’s Reflections). These were stories of a seemingly ordinary woman, but they contained such depth and knowledge of life that even though she isn’t as well known as Joyce or Beckett her work holds up just as well. 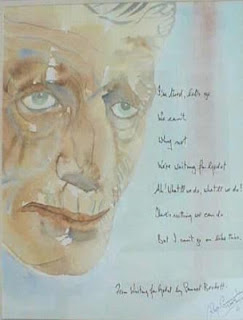 What makes the Irish so great?
Put simply, it’s a combination of the deeply entrenched history and the ability to treat the written word, to see storytelling and poetry as a semi-religious experience.
Some people would (possibly cruelly) have it that it’s the Irish capacity for putting away the booze that makes their literature so rich and yielding to the reader’s eye. That can be said of any great writer from any country. James Joyce was what’s known as a functioning alcoholic, able to work and write to the best of his ability despite being a heavy drinker (as his father before him was). Beckett never drank at all until he was in his mid twenties, then after turned into a downward spiral of drink, though he made it clear he never ever drank alcohol before five o’clock in the afternoon.
The main reason why Ireland has produced so many greats and continues to do is more likely to be because as a country it is steeped in a rich cultural history which marks it out as special from many others. It’s also a history that is chequered and turbulent right up to the present day.
Over the centuries they’ve been conquered and repressed and made to suffer at the hands of invading tribes. Firstly, they were taken over by the Celts, the Angles and Saxons, then the Vikings came to rape and pillage and finally the English tried to muscle in on the action. Each time they were attacked, they had more stories to tell and each influx of invaders left a little of their own traditions and ways of storytelling behind. It is, therefore, the mark of the people who tried to change them, melded with the unfailing Irish spirit that makes them so great. 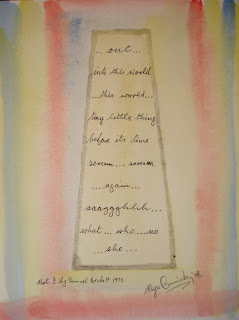