The Over 50s Show

April 13, 2013
"We take part in numerous events throughout the year and The Over 50s Show is always one of the most successful in terms of interest and sales and we look forward to taking part again". Roger Cummiskey, AIA. 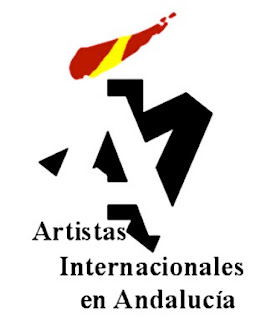 Join us at our New Home for the Over 50s’ Show.

2013 will see us at the Hipódromo in Mijas.
The Hipódromo Costa del Sol, Mijas is situated just outside the Fuengirola boundary in La Cala, Mijas. Directions.

The Over 50s’ Show, the lifestyle event for everybody is returning to Spain for the sixth time  2013, following its huge success with previous Costa del Sol events.

The last five Over 50s’ Show aimed at the coast’s senior citizens have attracted an average of 85 exhibitors and 6,500 visitors, (mainly British, Irish and Continental expats as well as many native Spanish seniors).

Yet again, the organiser has confirmed it will be continuing its winning formula with most of its popular features like wealth management, health checks, computer tuition, fashion, golf lessons, Artworks, information and advice on cosmetic procedures, among various programmes and presentations.

In addition, the organiser has also managed to get Eric Knowles, known to millions for his appearances on The Antiques Road show, who will once again be giving free valuations of collectables.

The popular HIPODROMO (Exhibition and Conference Centre) will host the Over 50s’ Show this year for the first time. Directions.

It is located just a few minutes from the towns of La call de Mijas and Fuengirola, and just off the N340  motorway, the venue features a 2,000 sq. metre exhibition area, a separate conference facility and ample free parking.

The Andalusian International Artists - Artistas Internaciónales en Andalucía - AIA are delighted to be exhibiting again at this terrific Show. Join us. May 18 and 19.